Trump to announce executive order on police use of force ⭐️ GGLOT.COM

Speaker 2 (00 : 00)
all right. Meantime, President Trump back at the White House after spending the weekend at his golf club in New Jersey. The president slamming calls to defund police and insisting the protesters barricading several blocks in Seattle amounts to a radical left takeover of the city. His expected to announce his own executive order on police reform later this week. Our chief White House correspondent, John Roberts, has more details. Good Morning, John

Speaker 1 (00 : 20)
and Good Morning T. We should also mention that the president was celebrating his birthday up there in Bedminster yesterday. We are hearing that this executive order could come out as soon as tomorrow. It’s a two pronged approach. Part of the one of the prongs is to reform the use of police force. The other is to increase opportunity in communities across America. The four feature points that the president wants to zero in on economic development in minority communities, confronting health care disparities, renewing calls for school choice and encouraging police departments to meet standards for the use of force. Presidential adviser John Smith says this executive order will be the glue to bring communities and police forces together. Listen here,

Speaker 3 (01 : 00)
investing things like coal responders co responders would allow for police to do their job. But bring in social workers and experts that deal with mental health and deal with issues such as drug addiction on more alcohol addiction or other issues like homelessness.

Speaker 1 (01 : 16)
On Wednesday, we’re expecting to hear what Senate Republicans were planning to do to respond to the concerns raised in the wake of the George Floyd killing. The bill that Senator Tim Scott is working on apparently will include increasing police training, expanding information sharing on cases of officer involved violence at a process to remove officers with a pattern of misconduct. Here’s what else Senator Scott said about it right. That’s an issue that most Republicans don’t like at all to include myself. So the question is, is there a path for that? We take a look at the necessity of eliminating bad behavior within our long forced immunity. Is there a path forward? I think we’ll find that there will be some conflict between the version that the Senate comes up with in the House has already passed on this issue of qualified immunity for police. Senate Republicans and the president have said that’s a red line, but there, maybe add some common ground on chokeholds. The Democrats, the president and Senator Tim Scott have all said, Maybe we look, you need to look at modifying when those can be used. President Trump suggesting that in cases where it’s a life and death struggle and might be appropriate to use that but that that’s going to be part of the overall police reform in terms of the use of force, it looks like 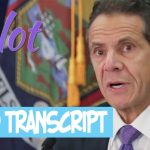 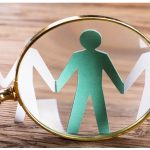 Use of Transcription in Internal investigations 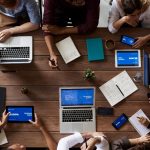 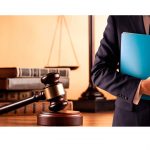