Even though it is not something most people need to do on a regular basis, advanced technology has made it possible to record phone conversations so you can go back to them later and that might make life easier for you in today’s fast-paced world. You can record phone conversations with important clients or suppliers, you can make recordings when you are arranging important events or conducting an interview, you are able to record brainstorming sessions with your colleagues, and the list goes on. Indeed, recording phone calls has never been easier. In this article, we will present you some great apps that we like and would recommend using for this purpose.

But before we move to that direction, we would also like to refer to the fact that there are federal and state wiretapping laws governing when and under which circumstance you can record a conversation. You need to be aware of those laws and comply with them. The penalty for not complying with those laws varies, ranging from civil to criminal litigation. The problem is also that the wiretapping laws differ from state to state, so you really have to be well informed about the situation in the state/states in which the phone conversation you want to record takes place. The main thing to take into consideration is whether you need to get the consent of the person you are about to record. If you want to play it safe, just get the consent of all the parties involved in the conversation. Those wiretapping laws are also the reason why iPhones don’t have a pre-installed call recorder.

So, now that the legal issue is all set, let’s get to the next question: Why record phone calls?

If you use your phone in order to do business, there are cases where it really would be of great benefit for you to record your phone calls. For example, if you are speaking to your client (or supplier), we know that it is not always possible to ask for a written confirmation with all the details of an order. Just by recording the phone conversation, you can focus more on what the client (or supplier) is saying instead of writing down notes, and you don’t have to worry that you will not remember every important detail that your client mentions. If you don’t record conversations between you and the client (or supplier), there is a higher possibility of misunderstandings, and maybe even refunds, compensations and so on. So, by recording phone calls you can just avoid those problems in the first place.

Also, you can use the recording to train the staff in your customer service or sales department. Workers in a customer service or sales department often vary in their effectiveness. Call recording is an efficient way of monitoring customer interactions. If you record the phone calls you are able to listen to what’s really being said, and thus identify potential improvements or even use practice recordings as great training material for others. Working together with their managers, staff members can identify areas of strength within the call, and thereby gain confidence. They can also identify areas in which they might still improve or analyze how they could have handled the call differently.

As we already mentioned, there are many apps for recording phone calls and choosing one might be difficult as most of them claim to do the same thing. Which one would be the best for you?

There are some important criteria you should consider:

Now, let’s look into some recording apps that you can use on your iPhone or your Android. We will cover only few of them, but you really have lots to choose from.

iRec Call Recorder is an app for your iPhone that records your phone calls with ease, whether there are incoming or outgoing calls and whether you are making domestic or international calls. You can download the App for free, but you have to pay a monthly fee of $9.99 if you pay the fee on a yearly basis. The app also offers a transcription service.

CallRec Lite comes with 3-way merge call recording and offers to record your incoming and outgoing calls. The saved calls can be uploaded to cloud storage (including Dropbox or Google Drive) or shared via emails or social media platforms. The app has a free version, but the downside of it is that it only allows you to listen to 1 minute of the recording. To gain access to the rest of the recording, you have to purchase the Pro version which costs $8.99 and allows you to record as many calls for as long as you want. It is important to note that this app is only supported in some countries like the US, Brazil, Chile, Canada, Poland, Mexico, Israel, Australia, Argentina.

Blackbox Call Recorder is a reliable tool for automatic call recording on the Android platform. It has a long feature list: along with the usual features (call recording, backup support, recording quality settings), Blackbox also offers a lock for security settings, dual SIM support and Bluetooth accessory support. It also has a great, user-friendly interface. The monthly subscription is only $0.99.

NoNotes developed a Call Recording app for those who require advanced features like recording calls on your iPhone, saving them to iCloud, sharing them on your social networks, and it also has an option to transcribe your calls and save it as text documents. You can also use the app for dictation. The app is available in North America and the download is free of charge. 20 minutes of the recording is free each month and after that, you’ll have to pay $10 per month for call recording or $8 per month if you opt for an annual subscription. There is a transcription fee which depends on the length of the recording (75¢ per minute to $423 per 10 hours). This app is currently only available in North America.

Automatic Call Recorder is a great recording app for iPhone which will mesmerize you with its wonderful and yet simple interface. Some of its features include: great organizational structure for saving recorded calls, the ability to edit records, integration for various cloud services, and it is important to mention that you can also use this app to generate transcripts of the calls in more than 50 languages. You can try the free trial version for 3 days before purchasing the app. Weekly subscription price is $6.99, while monthly subscription price is $14.99.

TapeACall Pro records your phone call in the form of a three-way conference call, and the third-line records the ongoing call, which, a few minutes after you hung up the call, appears in the app. You have the possibility to share the recording via social media. The best thing about TapeACall Pro is that the app has an user-friendly interface and it delivers high quality recordings with clear sounds. The app has a free version which allows you to use the app for a 7-day trial period. If you want to continue to use the app, you will have to pay a monthly ($3.99) or a yearly ($19.99) charge for the recording service. It is important to mention that after you pay this fee, you can record calls without any limits, which is great for people who want to record long telephone interviews. This is one of the best call recording apps available in the Apple store.

REKK is much acclaimed phone call recording app released in 2019. You can download it in the Apple store and use it for free. The app is simple, the recording quality is great and it also offers instructions on the call recording process. It can also convert your conversations into text, create backup copies of your recordings, upload your recordings to cloud storages and share them through social media. The app also allows you to make notes under the recordings… The duration of phone calls and the number of recordings is unlimited.

As you can see, call recording isn’t expensive or complicated to implement anymore. With these recording apps incoming and outgoing calls can be recorded in a few taps and you can have access to these conversations anywhere, anytime. Also, your records can easily be shared with other devices and exported to other apps. We hope that we succeeded in giving you a small overview of some of the apps designed to record phone calls on your iPhone. But there are also plenty of other apps you might want to check out, so think about it and don’t over rush it. And again, before you record any conversations, don’t forget to research the wiretapping laws! 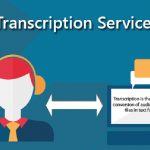 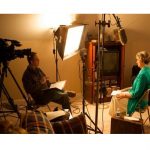 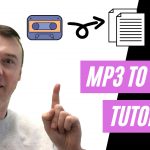 How to Transcribe MP3 to Text Automatically in 2021

Hiya, I’m really glad I have found this information. Today bloggers publish just about gossips and web and this is actually frustrating. A good web site with interesting content, that is what I need. Thank you for keeping this website, I’ll be visiting it.

Wonderful site you have here but I was wanting to know if you knew of any community forums that cover the same topics discussed in this article? I’d really like to be a part of online community where I can get feed-back from other experienced people that share the same interest.