Vinyl records and cassette tapes are also called analog audio recordings. They are true vintage items and became recently popular again especially due to the rise of the hipster scene. Some argue that the sound on a vinyl record is better than on any other sound recording carrier and that it sounds natural and real. Today, the general trend is to make everything as digital as possible. The same thing is happening when it comes to music, even in the recording aspect, digital technology is used to record music, and although some proponents of new technologies may argue that this is a good thing, because it simplifies the entire procedure and makes music easier to record, the final results are a still a bit different than when the analogue equipment is used. The main argument that fans of the analogue technology often use is that the old school, analogue sound has a kind of warm quality, it sounds more natural, even when some little imperfections are heard, the hissing of the tape or when cassette skips a little. Those are a sort of reminder that the sound is of mechanical, analogue nature, and it gives off that retro, nostalgic vibe, the good old days when people were not constantly staring at their phones and when listening to music was almost a ritual of relaxation: you put the needle on your favorite vinyl or the cassette in your walkman, and chill out for a while, finding consolation in that eternal remedy called music.

With the development of technology many people are also trying to make old recordings more convenient by converting them to a digital format. This will make it possible to edit them and preserve them for many years to come. Especially home recordings are very valuable and sentimental owners try to keep them by any means. Those were recorded mostly on cassette tapes which are physical storage devices. Unfortunately, they can easily encounter problems, like damage, distortion of sound or getting lost. This is why conversions into digital is important if you want to preserve the content of the recordings, because the physical storage devices are prone to damage, take up a lot of space in some cases, and can be burdensome if, for example, are moving a lot, or do not have enough space in your home to keep all the things from the past.  On the other hand, digital files have many plus points. They are easier to access (for example, via cloud storage) and share (for example, via email). They can be edited and transcribed without much hassle. This is not the case with analogue recordings, once they are recorded on tape or vinyl, that is it, you cannot edit them anymore, you can only rewind, stop or go forward.

Before you decide which digital audio format to choose you need to know what you can chose from.

Computers brought with them new audio formats. They stored audio without compressing the files (WAV and AIFF). The disadvantage here is the disk space, these old formats take up a lot of space on your hard drive, which can be a nuisance if you have a lot of recordings, for example an entire discography of your favorite band, which can take a lot of gigabytes if it is in WAV format.

An MP3 is the most widely spread among compressed audio files, even though it is not as rich in sound as some other formats, but it is more than good for casual listening. Here we have a particular data encoding method, the so-called lossy compression, also known as irreversible compression. To reduce the size of the data it uses partial data discarding to represent the content.  MP3 is still one of the favorite formats for a lot of users that got their first computers in early 2000’s, the golden era of MP3 format when Napster was the most common sharing service and Winamp the most commonly used program for MP3 reproduction.

Today, we would suggest to use FLAC or ALAC for high definition audio. They are based on lossless compression, and they provide great audio quality, but they also take up a lot of digital space. However, the hard drive technology has also advanced, so you can now, for example, buy an external hard drive with more than a terabyte of memory for affordable price, which would be advisable if you want to store your music in one of these high definition audio formats.

Now, let’s move on to the bare process of conversion. The digitalization in itself isn’t very hard. But the problem that often occurs is that most analog recordings aren’t in a good shape. So, if you have poor quality cassette tapes or vinyl recordings you will probably need to hire a company to help you digitalize them.

If you want to do the digitalization process by yourself there few things you will need to have and use.

The simplest way of digitalization when it comes to cassette tapes is using USB Cassette Converters. As you can already see in the name, those converters come with an USB output which you can plug to your computer. You put the cassette into the device and record it. You can choose among a few USB Cassette Converters. Reshow Cassette Player is popular and a good choice if you are looking for something less pricy. ION Audio Tape 2 Converter are more professional and come also with an RCA cable. You won’t even have to install a driver on your computer.

Tape Deck is the best choice if sound quality is of most importance to you. Before you begin with the process make sure that everything is working properly. You can control the output plug with headphones. You will need audio connectors, something like a jack plug or an RCA. Audio players usually use 3.5 mm variants of jack plugs. The use case will most likely be stereo. Now you need a software that will make the recording and the editing possible. Audacity is free and fairly good. Again, if you want something more professional you might consider Ableton, Avid Pro Tools or Logic Pro.

Let’s say that you decide to use tape deck and Audacity for your conversion. First of all, you need to make sure that the tape deck is functioning right. Then you use the audio cable to connect the computer and the tape deck. Don’t forget to install Audacity. When you open it, you need to click on the dropdown menu next to the microphone icon. After you chose audio input you need to be able to find your device. Check if the sound is captured well. Also, don’t forget to adjust the gain levels. They should be between -12db and -6db.

Now it is time to do the recording. Rewind the tape to the point you want to start the conversion. on your tape deck chose Play and in Audacity click on the red Record button. Make sure to start the record first and trim it later if needed. You can stop the conversion by clicking the square button in your software. Now it is time for editing. Remove the unnecessary gaps from the recording and make separate tracks by dividing the audio file.  Now, the remaining thing to do is to export the audio file into your desired format. If you are not sure what format to use, WAV, the uncompressed format, is the way to go since you can easily convert it without any problems later on. You should probably add details to the files (name of the track and the artist).

There are some more editing steps which might be necessary so you can fully enjoy your converted files.

– If you opt for a clear sound, you might want to try adjustments such as equalizing.

– Sometimes your old recording produces unpleasant hissing sounds which you can and should remove.

– Denoising is the process of removing noises which have a negative impact on the sound quality and happen due to, for example, poor recording.

– Vinyl recordings often produce a crackle sound which you also might want consider to remove.

Transcriptions of your recordings

After you have digitalized your analog audio file, you will be able to enjoy those files for years and years to come. If the content of the recording is a speech or an interview maybe you should transcribe it. Transcriptions are very handy since they can simply be found and browsed through. You can maybe also use them in different ways (for example as a blog) and share them with others. Transcriptions are also very handy to have alongside your online audio content, because they increase your internet visibility. Online search engines only recognize text, so if you want to be more visible on Google, transcriptions will help potential listeners to find your valuable content. Choose Gglot if you are looking for a professional transcription service provider. We provide fast and accurate transcriptions for affordable price. With us, your memories are in safe hands! 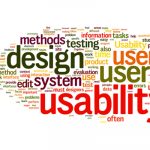 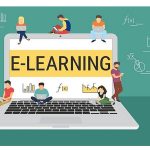 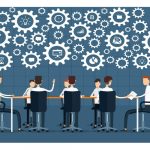